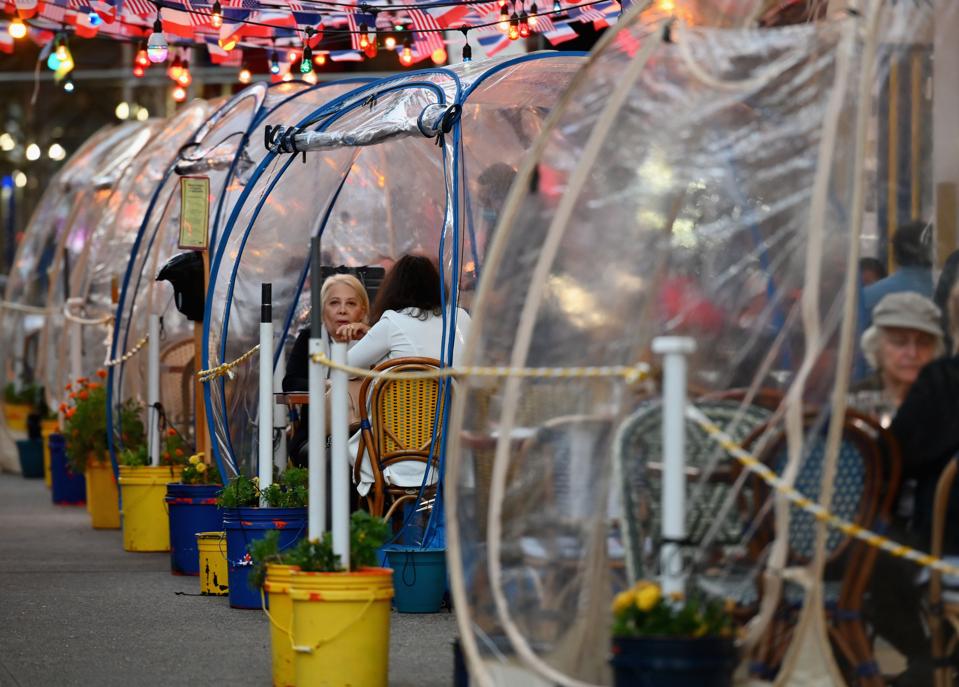 It’s been an especially rough year for the restaurant industry, but the IRS and Treasury recently served up a soupçon of good news for struggling establishments, and a menu of other options awaits action in Congress.

Adjusting the tax rules won’t solve the underlying problem that the business model of restaurants is predicated on social interaction that must be limited in a pandemic, but it can ameliorate some of the financial fallout.

The IRS released final regulations on the tax treatment of business meals (T.D. 9925) on September 30, and they offer about as much relief as the agency can give. The proposed version of the rules met with some controversy.

A comment letter from a group of tax law professors said the proposed regs were unlawful because they didn’t follow the plain language of the amendment in the Tax Cuts and Jobs Act in excluding entertainment.

The letter asserted that some business meal expenses must be included in the entertainment category because they are expenditures for the personal enjoyment of an individual and therefore nondeductible.

Treasury and the IRS responded that although before the TCJA some meals were considered entertainment, they believe Congress intended for expenses for business meals to be considered food or beverage expenses associated with operating a taxpayer’s trade or business.

But there’s an administrative reason for this rule, too: Generally allowing business meals to qualify for the deduction keeps the IRS from having to make the subjective determination whether a taxpayer enjoyed a business meal. And from an economic recovery standpoint, making many business meals nondeductible would be a particularly harsh result for restaurants.

Under section 274(k)(1), business meal expenses are deductible if they aren’t lavish or extravagant under the circumstances, and the taxpayer or an employee is present at the meal. Section 274(n)(1) limits the deduction to 50 percent of the amount of the meal expense.

The TCJA made entertainment, amusement, and recreation expenses nondeductible by repealing the two exceptions that permitted some entertainment expenses to qualify for the deduction.

The change raised questions whether business meals might be too “entertaining” to continue to qualify, because the TCJA didn’t specify whether it meant to change the treatment of business meals.

The IRS announced in Notice 2018-76, 2018-42 IRB 599, that business meals are still deductible as long as the expense is ordinary and necessary under section 162(a) and paid in carrying on a trade or business. It also must meet the section 274(k)(1) requirements.

Under the notice, food and beverages had to be provided to a current or potential business customer, client, consultant, or similar business contact. The notice established that food and entertainment expenses had to be separated to qualify.

The regulations introduce a definition for who is a business associate: someone “with whom the taxpayer could reasonably expect to engage or deal in the active conduct of the taxpayer’s trade or business,” including customers, clients, suppliers, employees, agents, partners, or professional advisers, whether established or prospective.

The reasonable expectation requirement is meant to put more limits on who counts as an associate because as one commenter on the proposed regulations pointed out, the wording “potential . . . business contact” in Notice 2018-76 might be interpreted to include nearly anyone.

An almost all-encompassing interpretation would have been a stretch, but the express requirement of a reasonable expectation of future business dealings at least signals taxpayers that the IRS means business when it says “business.”

The question of whether business meals provided at or during an entertainment activity are deductible was also settled in the final rules: If you keep the entertainment expenses separate from the food expenses, the latter are deductible. No allocation between food and entertainment is allowed if they’re not stated separately on the bill.

The final rules require that the food or beverage charges be the usual selling cost if purchased separately from the entertainment to ensure that taxpayers don’t attempt to roll the cost of entertainment into their food. This requirement might end up burdening venues if they don’t typically bill separately for food and entertainment services, but they were alerted that this was coming in Notice 2018-76.

Increasing the business meals deduction — possibly to 100% — has been repeatedly floated as a way to throw restaurants another financial lifeline in the wake of the pandemic. The purpose would be to create more demand for the services restaurants provide with a bigger tax incentive for businesses to take clients out to eat.

A full deduction is more of a well-meaning gesture than a solution to the restaurant industry’s woes, but it would likely encourage some business dining.