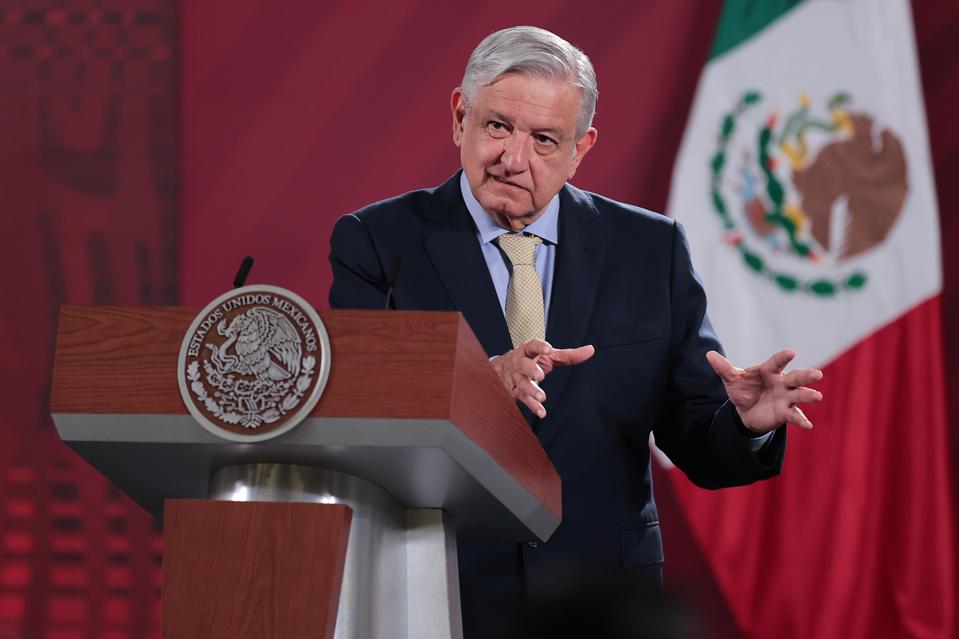 When Andres Manuel Lopez Obrador, or AMLO, was elected as president of Mexico in 2018, he was characterized by the press in the US and elsewhere (e.g., France 24, the English-language French site) as a “leftist firebrand” who would “govern for the poor,” producing worries that he would be a “left-wing version” of Trump, a Mexican version of Chavez or Erdogan. Though he promised that “There will be no confiscation or expropriation of assets,” it is generally cause for concern that a candidate should even find it necessary to make this promise.

Which makes the announcement on Wednesday of a coming reform of the Social Security system in Mexico particularly noteworthy.

“President López Obrador presented a plan on Wednesday to reform Mexico’s pension system to avoid what he called a crisis in which current workers would not have a ‘dignified retirement.’

“As a result, workers’ pensions in retirement will increase by an average of 40%, Finance Minister Arturo Herrera said at the president’s news conference on Wednesday morning. Workers who earn low wages will see even bigger increases under the proposed scheme.

“’It’s about radically changing retirement conditions,’ Herrera said although he stressed that government contributions to workers’ pensions will not increase above the current rate of 0.225%.

“Government contributions will, however, be redirected to benefit the lowest wage earners.”

(Similar reporting can be found at Reuters as well.)

But there’s more than meets the eye here.

This is, more or less, how the Social Security system in Mexico works, having been reformed in 1997. And Lopez Obrador is not proposing to upend that system, but to improve it.

Here are the details. (The OECD provides extensive information at their 2016 online publication OECD Reviews of Pension Systems: Mexico; click the “read” icon to read individual chapters or the entire text.)

At present, and since 1997, private sector employers contribute 5.15% of pay, employees 1.125%, and the federal government 0.225% of pay, up to a ceiling set at 25 times the minimum wage, into retirement savings, choosing a fund manager from among those who have met government qualifications. These are called AFOREs (Administradoras de Fondos para el Retiro). In addition, the government adds to the account the “social quota,” MXN 4.78 per day for the lowest-income workers, phasing out to nothing at 15 times the minimum wage. Employers have also been required since 1973 to contribute 5% of pay to a housing fund, which is used for home down payments and debt service; remaining balances are used to supplement the retirement savings.

When a worker reaches retirement, he or she uses the funds to purchase an annuity or withdraws money via programmed withdrawals, which look a bit like American RMDs (that is, required minimum distributions).

And, finally, if the accumulated savings is not enough to fund basic needs in retirement, the government provides a top-up to a fixed amount, MXN 36,617 per year as of 2018, funded through general tax revenues. There are also various federal and state safety net programs.

But, as any American saving in a 401(k) knows, 6.5% contribution is woefully insufficient to truly provide for a meaningful retirement income. As the OECD reported (page 45), “the projected replacement rates are the lowest across countries according to the OECD pension model. . . . The contribution rate for private-sector workers would have to increase from its current level of 6.5% to about 14.5% to raise the net replacement rate of full-career average-wage workers to the OECD average.” And, whether by design or coincidence, this is very nearly the contribution rate under the proposed legislation — and, again, to be clear, the proposed legislation does not intend to undo the overall system of individual savings, but instead to enhance it.

Finally, what of the split between workers and employers? In theory, any such increase is ultimately “paid for” by workers, rather than employers somehow being forced to spend profits that they’re otherwise holding back, so it matters little, if one approach or another is more or less politically achievable/acceptable, though, as Mexico News Daily points out, some experts worry that employers are more likely to pay their workers under the table instead — a consideration that is missing (perhaps wrongly so) in such discussions in the United States.

Is Moving To Mexico Right For You? (Quiz Included!)
Ask Larry: Will Retiring Before 62 Reduce My Social Security Retirement Benefit?
‘There’s going to be a lot of angry people.’ Despite Trump tweets, Americans still face weeks before more stimulus money arrives
Trump Signs Order Extending Unemployment Benefits, But At A Reduced Amount
This Instagram post could unlock hundreds of millions of dollars for Black-owned businesses