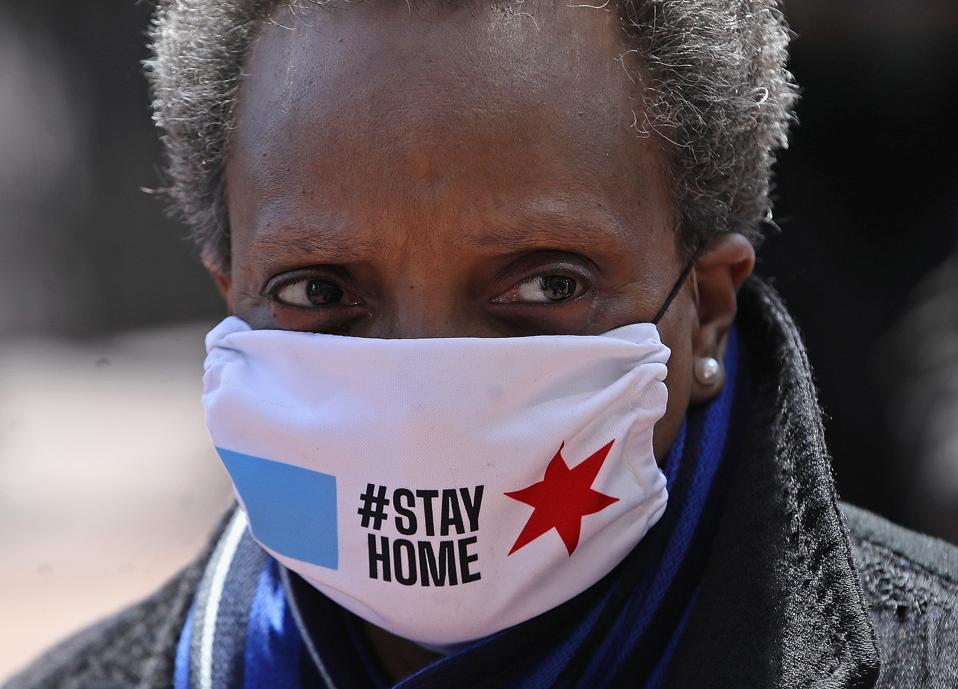 Today, Chicago’s Mayor Lori Lightfoot gave her long-awaited budget address and the city released its plans for filling the budget holes left by the pandemic and its economic impacts. The prepared remarks are heavy on praise (and self-praise) for the city’s actions in response to the pandemic as well as this summer’s riots, as well as affirmations that the city is still doing well, based, for example, on a listing of companies relocating to Chicago. The mayor recounted initiatives from 2020 for violence prevention, mental health, housing, and youth services. Only halfway through the speech does she address the spending cuts and revenue boosts needed to balance (on paper at least) the city’s budget for 2021.

What are these savings?

Personnel reductions, including attrition and 350 layoffs, which will, however, be deferred to March in case federal bailout money comes through in the meantime (but meaning that more people have to be cut by delaying and continuing to cut paychecks until then). Those cuts include 614 in the police department (though she spends considerable time defending the police, in general).

$501 million in “refinancing and restructuring of debt.” Note that this means securing lower interest rates not only due to generally lower-rate economic conditions but also by means of securitizing the debt, through the Sales Tax Securitization Corporation, which sells off future revenue in a (relatively) bankruptcy-proof fashion. In addition, they’ll “restructure,” that is, stretch out the payment period for, existing debt, to further reduce debt service costs.

Plus, the city will take $30 million from the rainy day fund and $33.5 million from TIF funds, and increase property tax by $93.9 million.

Finally, at the same time as the city makes spending cuts, Chicago will boost spending in other ways, such as money for housing and homelessness prevention.

After recounting all of these changes, Lightfoot sums up:

“And while we will keep advocating in D.C. for our fair share of new stimulus funding, we will also keep watch on Springfield. To our partners in Springfield — as I have said before, we’re in this together, we’ve done great things together already in my short time in office — and I know we can work together to fully fund the Local Government Distributive Fund and avoid sending us unfunded mandates. And, yes, we still need real pension reform.”

Folks, Lightfoot has been teasing that she supports “pension reform” ever since she was elected. In an April 2019 interview, she said, “We have to have a future in this city where we’re not shackled by the burdens of bad decisions and mistakes that were made, particularly around pensions.”

In August of last year, she said that we “need to come together as a state to really rally around solving our structural pension challenges,” but then explicitly refused to support a constitutional amendment and would provide no specifics around any sort of reform that she had in mind.

In October of last year, she said,

“As everyone here knows, we have spoken at length to the governor and his team, legislative leaders and other lawmakers, business groups, and other organizations about our need for Springfield to support a Chicago casino, as well as develop a statewide pension reform package.”

But, again, she would not put forth any specific solution to the problem.

And now, once again, Lightfoot dangles the promise of pension reform.

How many more times will she do this?

Why does she continually raise this, when her failure to follow up, over what’s now been a year and a half, makes it pretty clear that she is not actually willing to take action?