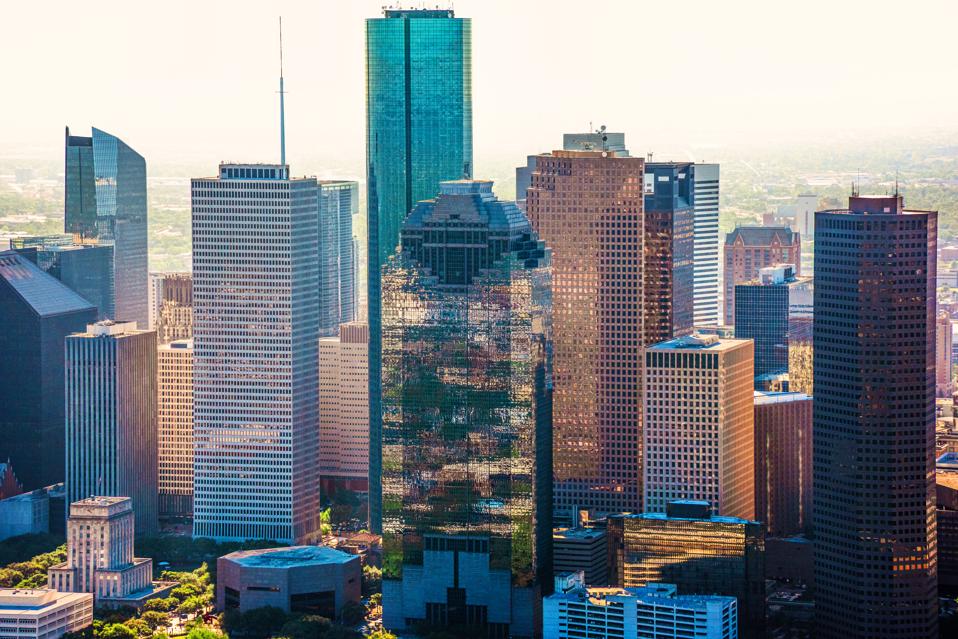 The headline: “State district judge rules part of Houston’s pension reform is unconstitutional.” And the report is a bit of a head-scratcher at first: the firefighters’ pension fund complains that the city is using a lower valuation discount rate than they themselves would have used, which has the effect of increasing the city’s required contributions. Why would the pension fund file suit over this?

Turns out, it’s not what it seems.

Back in 2017, the city of Houston recognized that it had kicked the can on its pension plans one too many times, and implemented a pension reform plan which reduced the pension valuation interest rate down from the very-high 8.5% down to 7% in order to gain a truer picture of the pension liabilities, implemented moderate benefit cuts such as retirement age increases and COLA reductions (in some cases, for new hires; in other respects, for all pension participants), authorized a pension obligation bond, and committed the city to a strict schedule to pay down the remaining underfunding. This was all codified in state legislation, SB 2190. (See the City of Houston website for a slideshow on the plan as well as a number of other links to explanatory documents, and the plan’s most recent actuarial valuation.)

At the time, the city celebrated the achievement, but as actuary-blogger Mary Pat Campbell reported in a series of articles at the time, the firefighters’ union remained opposed. And, indeed, they filed suit. In March of this year, the Texas Supreme Court denied their appeal, after having previously lost a case in June of 2019. They tried again, with an alternate argument, and the second time around, at lest as far as the district court is concerned, won their case last week.

In each case, the firefighters claimed that at stake was a clause in the Texas constitution which gave local pension systems the right to select actuarial systems, or, specifically: “The board of trustees of a system or program that provides retirement and related disability and death benefits for public officers and employees and that does not participate in a statewide public retirement system shall . . . select legal counsel and an actuary and adopt sound actuarial assumptions to be used by the system or program.”

In the new legislation, the pension fund and the city are each instructed to prepare valuations, and then there are provisions to reconcile any differences in outcomes, including a periodic experience study and third-party review. The pension fund, in its lawsuit, argued that because it does not have complete control over the assumptions in the new legislation, this provision is unconstitutional. However, in the 2019 ruling, the court distinguishes between a facial and an as-applied constitutional violation; and explains,

Because the potential unconstitutionality is only triggered in the event that there is a dispute over the actuarial assumptions, the court rejected Fund’s complaint that the law is facially unconstitutional. However, afterwards, the Fund filed suit using (unspecified) different legal arguments, with, nonetheless, the same central claim that the pension fund has the exclusive authority to select actuarial assumptions, and it is this argument (the details of which I am unable to find online) which appears to have (temporarily) won the day.

But why is the Firefighters’ Pension Fund fighting tooth and nail about pension valuation assumptions? Isn’t it a good thing to have more conservative assumptions, leading to a better-funded plan? In fact, according to the Houston Chronicle, the Texas constitution is fairly limited in the significance of this provision:

“City attorneys disputed the pension fund’s constitutional interpretation, arguing the portion of the Texas Constitution the pension officials cite is not as explicit as they suggest. That amendment ‘merely imposes a duty’ on the officials to adopt actuarial assumptions.

“’It does not empower or vest HFRRF with sole and exclusive authority to formulate and select each and every actuarial assumption,’ city attorneys wrote.”

One might even make the case that this constitutional provision does not even apply to the city’s actuarial assumption-setting, since this is not a matter of GASB financial reporting, but one component in an overall process of determining the city’s contribution, and, given that it is the city’s obligation to determine the contribution, all elements of this calculation should be under its control just as much as in its prior can-kicking situation.

But all of this is really beside the point: the pension fund’s objective is not to tinker around the edges of the funding calculation. It is to dismantle the entire pension reform legislation with its benefit cuts, and they, for at least the time being, achieved their objective when, again according to the Chronicle, “[Judge Beau Miller] also issued a permanent injunction prohibiting city officials from ‘taking action under SB 2190.’”

Will the Texas Supreme Court, or any of the other intermediate courts along the way, be as receptive to the fund’s claim as Miller was? It seems unlikely — but, given that my expertise does not extend to these sorts of legal arguments, I will need to limit my comments to a hope that they are not and an observation that the deck can sometimes appear to be very much stacked against pension reform.