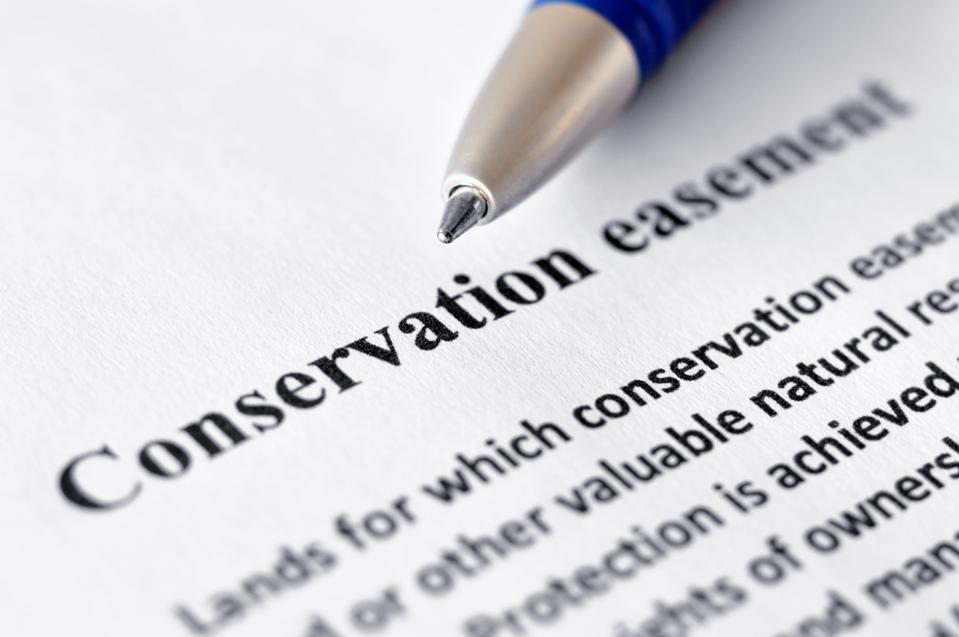 The Senate Finance Committee’s investigation of conservation easement syndications is a bright spot of bipartisanship on a bleak landscape of divisiveness. I say this even though I was a little disappointed in the proposed Charitable Conservation Easement Program Integrity Act of 2020 that came out shortly after the investigation.

I discussed the report at some length in Syndication Of Conservation Tax Deductions – Why We Can’t Have Nice Things last month. The conclusion was well supported –

Based on the information gathered in this investigation, the Senate Finance Committee Chairman and Ranking Member conclude the IRS has strong reason for taking enforcement action against syndicated conservation-easement transactions as it has to date. Furthermore, in light of the continued use of these abusive transactions despite the issuance of IRS Notice 2017- 10, the Chairman and Ranking Member believe Congress, the IRS, and Department of the Treasury should take further action to preserve the integrity of the conservation-easement tax deduction.

Story Behind The Story

I learned some more about the report by interviewing John Schoendecker, Senior Investigative Counsel of the Senate Finance Committee. He led the team that performed the investigation.

The team was pretty much people with legal training who work for the committee. There was no IRS or other law enforcement involvement. Fewer than 20 staff were involved.

The purpose of the investigation was to provide information to the Committee members to make legislative recommendations.

It Is In The Report

I don’t think Mr. Schoendecker told me very much that was not actually in the report, but he managed to clarify something. Unlike a few score people who have been obsessing about this issue – Team P4C (Partnership For Conservation, the trade association for the syndication industry) versus the Land Trust Alliance, which was concerned about abusive deals killing the deduction – Congress was not all that aware there was a problem.

Then the lobbyists started showing up to complain about the IRS cracking down on the syndicated easements designating them listed transactions in Notice 2017-10. According to the Wall Street Journal P4C hired Holland & Knight. EcoVest Capital Inc, one of the biggest players, hired Cornerstone Government Affair.

These groups generally lobbied Members of Congress and their staffs to first ask the IRS to withdraw the notice making syndicated conservation-easement transactions into listed transactions, and when that did not come to fruition, to withhold funding from the IRS’ enforcement efforts surrounding IRS Notice 2017-10. Another group known as the Land Trust Alliance, which is made up of land trusts that hold land for conservation but do not accept land donated by syndicated transactions, lobbied Congress in the opposite direction, generally asking Congress not to interfere with the IRS’ work in this space.

That is what triggered the investigation. The people in Congress wanted to know what actually was going on.

The investigation was not about the conservation easement deduction in general. It was just about the spate of syndications that were inspired by the Kiva Dunes decision in 2009. There was a lot of focus on emails that stripped away the complexity and communicated to investors the simple proposition of buying deductions at a rate of $4 or more of deductions for each dollar paid to promoters.

And then there were the appraisals. The report indicates that the “engine of every syndicated conservation-easement transaction” was an inflated appraisal.

What really amazed me was that by Mr. Schoendecker’s account they started with a blank slate. Roughly half of Mr. Schoendecker’s career since getting his law degree from Northwestern
in 2004 was as a DOJ trial attorney. He worked on many big tax shelter cases.

And the analysis in the investigation ended up focusing on economic substance rather than diving into the intricacies of Subchapter K, to the disappointment of this partnership tax geek. Instead we get emails where the lack of substance is laid out in all its glory

A common story that young Boomers would hear from the Greatest Generation, who besides saving us from fascism grew up in the Great Depression and walked to school for miles each day uphill both ways, was that if they were spanked at school they would keep quiet about it at home, because if their parents found out about it they would get spanked again.

It is kind of amusing to apply that story to what happened to the conservation easement syndicators. The sent lobbyists to Congress to complain about being spanked by the IRS and they got spanked by the Senate Finance Committee.

And The Good News

It really does seem that there are people in government trying to figure out what is going in order to craft appropriate action. Which can remind us, as Sam puts it “That there is good in the world, Mr. Frodo”

It might be worth noting that in his response to the report Robert Ramsay of Partnership For Conservation questioned the open mindedness of the investigators.

Partnership for Conservation welcomes the conclusion of the committee’s investigation into syndicated conservation easement donations,” Ramsay said. “At the announcement of the investigation, before any data was collected, committee staff made clear it was going to find abuses, and it comes as no surprise that the report reached this predetermined conclusion. What is notable is the report again highlights the central issue is valuation, which can and should be addressed with safeguards and guidance that do not rely on a punitive and retroactive change to the law.

Fundamentally the advocates of the high multiple syndications have a different view as to what the law is. They believe that it is possible for an easement on property to be worth more, substantially more, than the property itself. It is a compelling belief, because the deals don’t work if it is not true.

14 Long-Term Digital Marketing Strategies For Your Real Estate Business
Billionaire Sam Zell Talks Trump, SPACs, And Interest Rates In Forbes Q+A
Coca-Cola And Amazon In Tax Court – Where Are The Intangibles?
Roth 401(k) Contributions When In High Tax Brackets: Is It Right For You?
Global luxury sales are on track for a record decline in 2020. But business is booming in China.