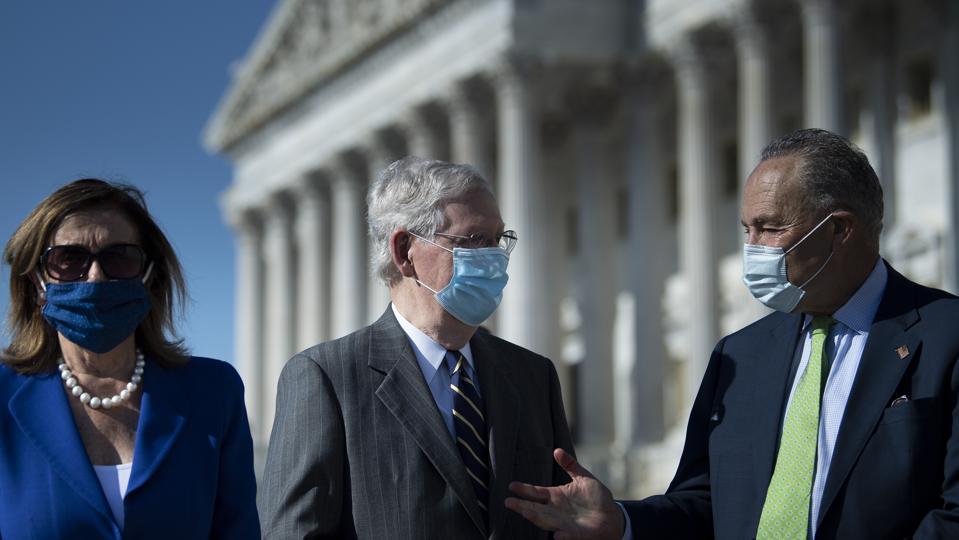 With Congress and the White House deadlocked over what to do with the now-expired $600-per-week federal unemployment insurance benefit, millions of Americans are set to lose a crucial financial lifeline amid the pandemic and experts warn that could hurt an economic recovery.

The proposal from Senate Republicans, which would cut supplemental unemployment payments to $200-per-week until states figure out a way to implement a 70% wage-replacement formula, could slam the economic recovery.

“If you really wanted to jumpstart the economy, it would take at least $600-per-week in federal unemployment insurance,” argues Jason Reed, professor of finance at the University of Notre Dame’s Mendoza College of Business. “If you eliminate or reduce that in any way, you’re looking at real declines in GDP.”

Mark Zandi, chief economist at Moody’s, says the federal government’s $600 payments have the biggest “economic bang for the buck” of any fiscal support so far, more so than stimulus checks and payroll tax cuts.

In fact, if the payments are cut to $200-per-week through the end of the year (which is possible if states struggle to update their computer systems) then U.S. GDP would see a decline of 1.15%, another 1 million jobs would be lost and the unemployment rate would rise by 0.6%.

If federal unemployment insurance benefits are eliminated completely, that would result in a GDP drop of 1.3%, 1.1 million more job losses and unemployment jumping 0.7%, Zandi says.

Any kind of delay or reduction in unemployment insurance benefits would be “absolutely devastating” and would “perpetuate through the American economy,” Reed says.

“With unemployment still firmly in double digits and seemingly set to go higher regardless of what lawmakers do now, not renewing enhanced unemployment insurance quickly would seem a poor policy choice,” Zandi says. He says that reaching an agreement on expanded unemployment benefits should be “at the very top of list” to avoid going deeper into the recession. “Policymaking 101 says that with this degree of uncertainty, you should err on the side of caution by giving too much rather than too little,” he adds.

“There are real-time effects to slashing unemployment benefits: It’s essentially a wage cut that will immediately be felt from a consumer spending standpoint,” says Mark Freeman, chief investment officer of Socorro Asset Management. Most Americans receiving unemployment benefits are spending it on groceries, rent and mortgages. If those payments are eliminated then personal consumption is reduced which is bad for the economy, he explains. “I still fully expect to see some kind of proposal: Both sides realize you can’t pull the plug completely without having a seriously adverse effect on the economy,” Freeman says.

What to watch for

Experts are also increasingly skeptical that states will be able to implement a wage-replacement program—as the Republicans in the Senate have proposed—in a timely manner. Many of them were already overwhelmed by the $600-per-week program and struggled to get checks out on time. One official at a state labor department told Forbes earlier this week that replacing the flat $600-per-week payment with a percentage of a worker’s previous wages would take significantly more time to implement. A spokesperson for the Kentucky Labor Cabinet estimated that it would take 45 days for the state to build a new program and another three weeks to test it before finally being able to make payments. “It’s going to be chaos,” says Zandi.

The U.S. economy lost about 22 million jobs in March and April as the coronavirus pandemic led to widespread business shutdowns. Seven million jobs came back in May and June, but experts agree there is still a long road to recovery for the labor market and U.S. economy as a whole.

As $600 Weekly Unemployment Benefits Expire, Here’s The Latest On When More Relief Could Come (Forbes)

$600 Unemployment Expires And Politicians Hurl Accusations: Everything You Need To Know About The Battle Over The Next Stimulus Bill (Forbes)

Dow Plunges Over 200 Points Amid Record Drop In GDP (Forbes)

Full coverage and live updates on the Coronavirus

Covid-19 has put older workers’ retirement at risk. Here’s how stimulus legislation would help
HUD Awards $472 Million In CARES Act Funding To Support Public Housing Authorities
Sheryl Sandberg: Facebook will work with whoever wins the election to address Big Tech concerns
California Shopping Center King Rick Caruso Is Back—And Cheering On The Demise Of The American Mall
Cramer says Tesla’s stock split is good for the market because it appeals to young investors