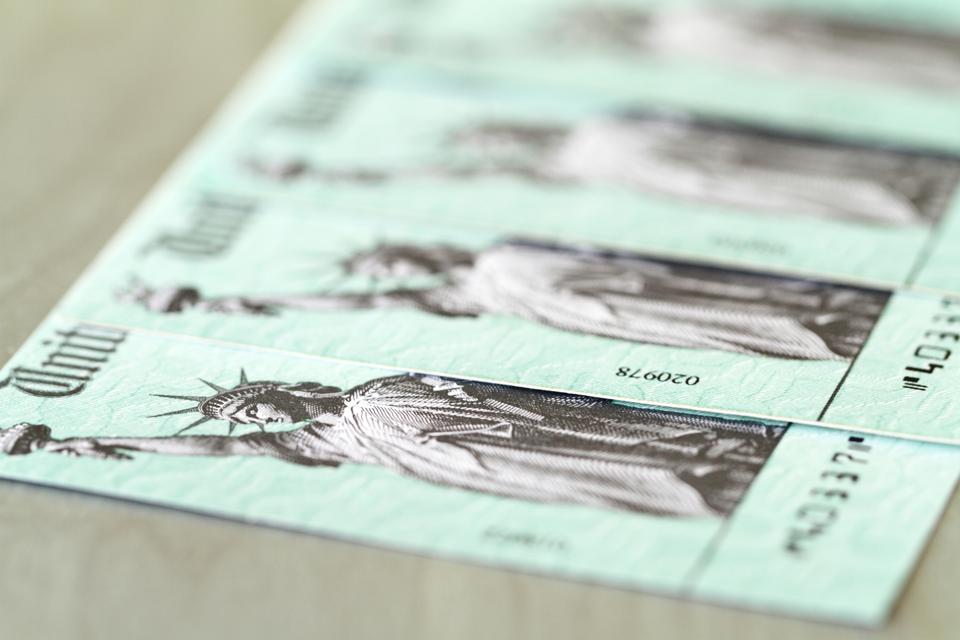 Earlier this week, the Social Security Administration’s chief actuary reported, in response to a question by Senate Democrats Chuck Schumer, Bernie Sanders, and Ron Wyden, that, if the dedicated payroll taxes to fund Social Security were removed with no replacement income source, the Disability Insurance Trust Fund would be depleted in the middle of 2021 and the Retirement/Survivors’ Trust Fund, in mid-2023.

This is no surprise — though the dates are sooner than my prior back-of-the-envelope calculation in a prior article. It’s fairly obvious that the key is the provision in the hypothetical, as specified by the Democrats, that there would be “no alternative source of revenue to replace the elimination of payroll taxes.” I have said regularly (and again in that that article) that I believe there would be a “Social Security fix” — legislation to simply direct general revenues to fill in the cap, whether it’s the 20% gap that has long been expected, or the full obligation in the event that the payroll tax were ended. I’ve further said that I could well see Congress legislating this as a “temporary fix,” over and over again, until the political stars align for a permanent change.

In other words, a headline such as NBC’s “Terminating payroll tax could end Social Security benefits in 2023, chief actuary warns” is highly misleading because it lacks that caveat: if there’s no other revenue source.

The notion that Trump would be able to corral enough votes to remove the payroll tax, but would not simultaneously ensure provision for alternative funding is nonsensical. In that respect, the Democrats’ request is simply an attempt to generate more headlines in their favor.

But that nonetheless suggests that there is a real risk that partisan rancor could cause the Trust Fund depletion to lead to a game of chicken, rather than to bipartisan, constructive solutions. So it’s time to address the question: what would actually happen?

The short answer is simple: when the Social Security Trust Fund is depleted, there will remain enough money to pay 80% of promised benefits.

This statistic is cited repeatedly, with the intent, by some, to generate urgency in solving the problem, while others use it to reassure their audience: “don’t worry, even if nothing’s done, the cut won’t really be that bad.”

But how exactly would benefits be cut?

There are, after all, a variety of options one might imagine.

Benefits could be cut in an across-the-board way: cut everything by 20%. Or, to be fairer, benefits could be given a haircut by resetting the maximum benefit at some lower amount. Benefits could be means-tested so that those with the most retirement income from other sources take the hardest hit.

But what does the law actually say? Turns out, the answer is “nothing.”

Here’s the Congressional Research Service’s report, updated just this past July, “Social Security: What Would Happen If the Trust Funds Ran Out?”

“The Social Security Act specifies that benefit payments shall be made only from the trust funds (i.e., only from their accumulated bond holdings). Another law, the Antideficiency Act, prohibits government spending in excess of available funds. Consequently, if the Social Security trust funds become insolvent—that is, if current tax receipts and accumulated assets are not sufficient to pay the benefits to which people are entitled—the law effectively prohibits full Social Security benefits from being paid on time.

“The Antideficiency Act prohibits government agencies from paying for benefits, goods, or services beyond the limit authorized in law for such payments. The authorized limit in law for Social Security benefits is the balance of the trust fund. The Social Security Act does not stipulate what would happen to benefit payments if the trust funds ran out. As a result, either full benefit checks may be paid on a delayed schedule or reduced benefits would be paid on time.”

But does the Social Security Administration have the authority to made decisions about how to pay out benefits?

To operate within the strict parameters of the law, the administration would be obliged to simply delay benefit payments, creating a backlog that grows . . . and grows . . . and grows — because, however much the original narrative may have been that Social Security deficits are temporary, due to Baby Boomer retirements, that’s not at all the case; we will never again be able to cover Social Security costs through FICA taxes, and the deficit will only get worse over time. This means that retirees would get “full” checks but only 9 or 10 in a year.

Could the Social Security Administration cut benefits, to manage this backlog, so that everyone gets 80% checks paid on time? For further clarity, I checked in with Marc Goldwein, head of policy at the non-partisan Committee for a Responsible Federal Budget, who confirmed that there is no consensus on this point; some experts say “yes,” some say “no.”

What it comes down to then, is this: it may indeed be the case that, come 2035, or 2031 or 2027, Republicans and Democrats will have to sort out their differences so as to not leave Social Security in the lurch. But if they insist on “winning” rather than compromising, the outcome could be quite chaotic indeed.