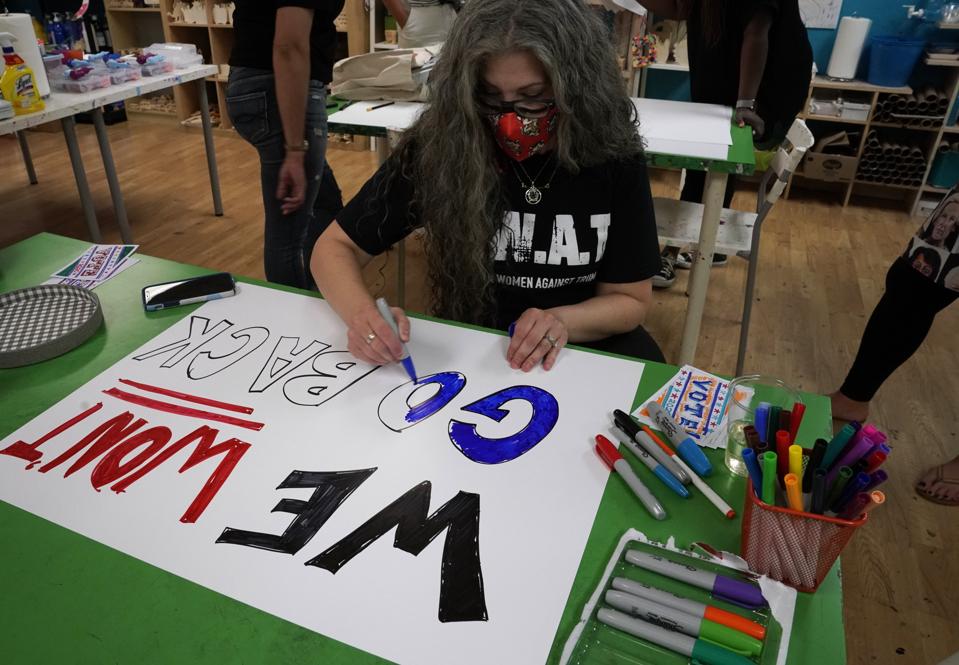 As I explained in an earlier Forbes blog, conservatives claim restoring a weak Obama-era fair housing regulation would take away political independence from suburban governments. But restoring the regulation would do no such thing—at best it would require HUD grant recipients to pay a little more attention to fair housing in return for federal funds.

The President makes the issue more divisive by using racially-coded language, at one point tweeting he would provide “safety” and not allow “low income housing” to “invade” suburbs in a program supposedly to be run by Black Senator Cory Booker (D-NJ).  Booker responded to the President that “your racism is showing.”

America’s suburbs have long been racially and economically segregated, and public policy has contributed mightily to that segregation. Richard Rothstein’s powerful book, The Color of Law, shows how suburban segregation was created and maintained with redlining, denial of mortgages to qualified Black families, zoning and government financing preventing multifamily housing, racial covenants in home contracts forbidding resale to nonwhite families, building roads instead of mass transit, and failing to regulate discriminatory practices by real estate agents and local governments.

The legacy of these policies means America’s metropolitan areas are made up of core cities surrounded by independent, and sometimes hostile, suburban governments. Regional economies need a city at the middle to drive urban productivity and innovation; in 2018, metropolitan areas produced 91% of real GDP. But fragmented metropolitan governance means core cities bear too many costs, and suburbs get too many benefits.

K-12 education is perhaps the most glaring example of this cost-benefit imbalance because school financing is based mostly on property taxes. By restricting suburban housing to single-family, large lot homes, property values—and taxes for school finance—rose in suburbs, making their schools better funded and also de facto segregated. This contributed to underfunded basic education for non-white metropolitan residents, reinforcing their lack of upward mobility.

Some claim suburbs have outgrown segregation. Author Jason Diamond says suburbs “aren’t demographically as white anymore.  The suburbs have changed racially and economically.”  But Princeton scholars Douglas Massey and Jonathan Tannen, while agreeing there is less overall suburban racial segregation, say that “suburbs are still overwhelmingly white” and Blacks in particular “do not achieve desegregation” by moving to the suburbs.

If white voters felt a Biden Administration would override their local zoning, housing, and school laws and governance, some might well back away from supporting him. The New York Times
interviewed white suburban voters in the Atlanta region, and found many receptive to the President’s safety and anti-crime arguments.

But many suburban voters—especially women—don’t seem to be accepting these fearful scenarios. Instead, they focus on the President’s divisive language and behavior, but even more on the continuing Covid epidemic and its impact.  Many are especially angry about K-12 school closings, which increases the pressure on women as primary caregivers while the Administration has failed to provide adequate household economic assistance.

Sociologist Kathleen Gerson notes that families, and especially women, are suffering from “institutional pressures to put more time at work and with our families.” Even though women’s earnings are increasingly essential to family well-being, our lack of adequate childcare policies and work-life balance means increased demands on women, so the lack of K-12 schooling and economic support is hitting them hard.

So the President pleads to suburban women to  “please like me” as he warns of “a federal takeover of local zoning.” But closed schools, rampant COVID-19, and no additional household stimulus or supplemental unemployment benefits are drowning out his arguments.

“Our house is on fire” says a Michigan suburban mother, reflecting the large gender gap facing the President. Recent polls find a 12-point gender gap between suburban men and women in supporting Biden versus Trump. And polls also show Biden gaining around 60% of suburban women voters, much better than 2016’s 52% share for Hillary Clinton.

Suburban women are not afraid because they understand Biden’s modest fair housing policies do not threaten their homes and neighborhoods. Instead, they are looking for government help with childcare, schooling, jobs, and family support, and they aren’t seeing it. The President’s arcane arguments about zoning laws aren’t changing this.

For better or worse, America’s fragmented regional governments, suburban land use, and local education controls will stay in place.  They are deeply rooted in our metropolitan structure, even as they continue contributing to inequality and segregation.  A Biden Administration won’t—and very likely couldn’t—change that.

Yes, you can get unemployment benefits if you’re laid off again. Here’s what you need know
Got Questions About The Medicare Giveback Benefit? Here Are Some Answers
Nissan is trying to bounce back from turmoil and losses
How To Invest Money Based On Advice From Warren Buffett
Beam customers are getting money back, but savings app still faces federal investigation